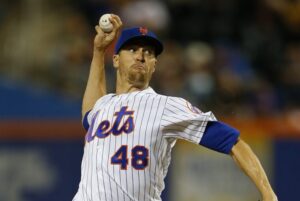 Good morning, Mets fans! The end of the weekend is upon us, but don’t worry, we’re one day closer to baseball!

Jacob deGrom is the best starting pitcher in all of Major League Baseball, according to MLB Network.

Per Jacob Resnick of Mets Minors: Matt Adams‘ minor league contract will have him earning $1.25 million and if Adams is added to the major league roster, he can earn up to a total of $1.5M in performance bonuses.

Tony Fernandez is in critical condition due to complications with his kidney, according to Hector Gomez. Fernandez was a five-time All Star, a Gold Glove winner four times over, and a World Series champion in 1993.

Per Stephen J. Nesbitt of The Athletic: Pittsburgh Pirates GM Ben Cherington once taught a semester at Columbia, and the experience has clearly influenced the way he operates in his current position.

The Washington Nationals announced on Saturday that Phil Rizzo, father of Nationals GM Mike Rizzo, diedp at the age of 90.

The Minnesota Twins have agreed to a deal with free agent pitcher Jhoulys Chacin,…