Last month, I discussed a few of the more than 100 former major leaguers who died in 2019. One, though, deserves his own article as he was a superstar and made history on his first day as baseball’s first black manager by inserting himself in the lineup and hitting a home run.

Frank Robinson was a five-tool player. You can’t do better than that in baseball terms. He could hit for a high batting average and hit for power. He was an above-average runner and a stolen base threat. He was a great defensive outfielder and had a great throwing arm that made runners think twice about going for an extra base.

Frank Robinson died of bone cancer last February in Los Angeles at age 83, seven days after the 100th anniversary of the anniversary of Jackie Robinson. (The two were not related.) 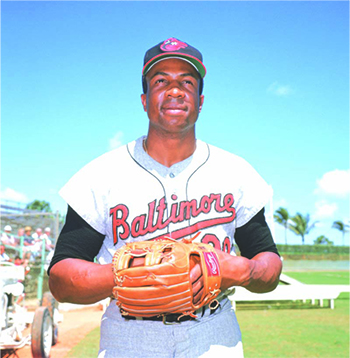 As Orioles prepare to protect players from Rule 5 draft, recent history suggests prospects will be safe