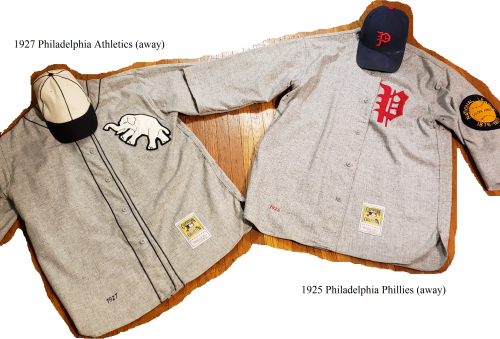 The Athletics franchise moved away from Philadelphia 65 years ago after the 1954 season but their occasional return to Philadelphia always excites hardcore Philadelphia baseball history buffs. Although the A’s have been away from Philadelphia longer than they called it home (1901-1954), their tenure in this city is still celebrated. A statue of A’s manager and owner Connie Mack sits outside Citizens Bank Park. The Phillies inducted an Athletic into the Philadelphia Baseball Wall of Fame ever year from 1978-2003. A few niche Philadelphia clothiers stock Philadelphia Athletics shirts and hats. The name Athletic is the oldest nickname still used in American professional sports, dating back to 1859 when a group of men from the Handel and Hayden Society decided to create a “baseball” team. Simply put, the Athletics are still a point of pride for Philadelphians and remain a part of the city’s historical fabric.

When the Athletics visited Philadelphia in 2017 I wrote a piece on this site about the City Series, a pre- and postseason series contested between the Phillies and Athletics each year between 1882-1890, 1901-1954. I…

What will the 2020 Baseball Hall of Fame ballot look like? – Phillies Nation