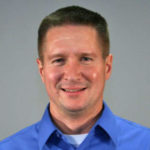 You could argue that agriculture is just as American as baseball. With long histories that date back centuries, each can make a strong case as the true national pastime. Fans of both will also point to a number of interesting parallels that can be drawn between the two, from the cinematic to the automatic.

Take the film Field of Dreams, for instance, that features an Iowa corn farmer who listens to voices and builds a baseball diamond in his cornfields. As a side note, the Chicago White Sox and New York Yankees are playing a regular season game on this iconic diamond in August. What about baseball’s “farm” system? Or how every field is different? And let’s not forget how foul weather impacts both. The comparisons run deeper than a fly ball to center field in Comerica Park.

Another similarity surfaced last season in baseball’s independent Atlantic League. For the first time in the sport’s history, a computer officially called balls and strikes in regular competition. Yes, robot umpires have arrived. What a concept! The unambiguous strike. If this automated system was in place in 1995, my…