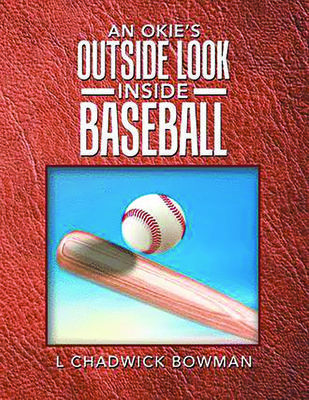 The crack of the bat and the smell of freshly-mown outfield grass are not the only signs that baseball season is upon us; a new book about America’s Pastime was recently published and the author has strong roots in the area.

Bruce Crawford graduated from Bray High School in 1973 and lived in the area until 1988. He says that his father taught him “the love of the game,” inspiring him not only to play baseball, coach teams, and umpire at games, but also write “An Okie’s Outside Look Inside Baseball,” his first published book.

Publicity information for the book says that Crawford “has been a baseball player, coach, umpire, and fan since a young child. Taught by his father the love of the game. A collector of baseball memorabilia. He has a love for the inside of the game as well as the playing of the game. He has been on the field as a player, not a superstar, more like Charlie Brown. His dream as a boy was to walk out on a major league field one day and feel the excitement of being there.”

In the book, Crawford, writing under the…

Read the full text of “The Love of the Game”